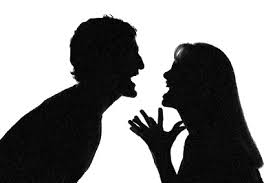 Perhaps one of the more controversial appeal decisions in Australian Courts this year was that of the Queensland Court of Appeal decision in R v Baden-Clay [2015] QCA 265 delivered on Tuesday this week.

The three very senior Queensland Justices, two males and one female Chief Justice, overturned the murder conviction of the Defendant and substituted it with manslaughter in a unanimous decision.

The Husband will be resentenced early next year but remains in custody.

A fair person may ask, why would they do this when it was so patently obvious that the Husband had killed the Wife?

On a reading of the Judgment it would appear that their Honours believed that the Crown case has failed to demonstrate beyond a reasonable doubt that the Husband held the necessary intent for murder.

The Court’s view was the couple had engaged in a physical fight, but that the death was more likely than not an accident.

For example, there were no injuries on the Wife’s body of a kind to indicate an intent to kill or do grievous bodily harm. Nor was there any sign of blood or evidence of a clean up in their house to suggest violence. There was also no evidence at all that there had ever been any violence in the relationship between the couple before. Nothing had changed in the marriage to make the Husband take the step of intentionally killing his wife. His business was under some financial pressure, but his creditors were not pressing for payment.

The Court seems to have adopted a view that the Wife and the Husband struggled, and that the Husband killed his wife by accident. If it was not his intent to kill her, then a murder conviction cannot be sustained.

What do you think? Do you think the Husband is guilty of murder in that he killed his wife with a deliberate intent? Or do you believe like their Honours that they had a physical altercation and the husband inadvertently killed his Wife?