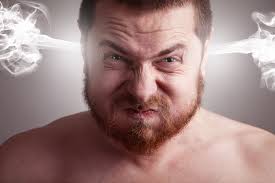 A recent High Court decision held that a solicitor cannot be held responsible for the losses suffered by his client’s step son after the client had died.

The facts were as follows.

A client approached a solicitor to draft a Will. The lawyer drafted the Will which left all of the client’s money to his step son from his second marriage. The Will left nothing to the client’s daughter by his first marriage. When the client died the daughter sued the estate for some provision to be made to her by her late father’s estate. She was successful. The step brother was angry with the solicitor and sued him for negligence. The Tasmanian Supreme Court agreed with the step son. They said the solicitor should have advised his 77-year-old client to get rid of his assets before he died. This would have prevented the Will challenge because there would have been no money in the estate. However, the solicitor appealed to the High Court and won. The High Court held that although lawyers have a duty to advise their clients, the duty does not extend to the client’s step children. Moreover, it would have been a hassle for the client to get rid of all his assets before he died. You never know when you are going to go.

Do you think the High Court was correct? Or should the solicitor be held responsible because his client’s Will was challenged?