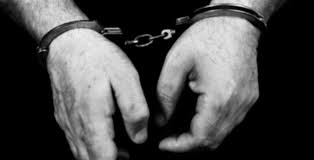 Your Rights and the rest….

The Police stopped by my house and I wasn’t home. They left their card and asked my Mum to ask me to give them a call. Do I have to call them back?

Put simply, no. You are under no obligation to communicate with the Police and ‘have a chat’ or answer any questions UNLESS you are under arrest or there is a belief you have committed a crime/know details of a crime.

The Police told me I was under arrest. They stated they were taking me to the police station for questioning. Do I have to go and what kind of questions MUST I answer?

You must attend the Police station with the officers where you are told you are under arrest. They do not have to have a warrant for this if they reasonably believe you have committed a crime. In regards to interviews and questioning you are not under any obligation to answer any questions in an interview, however you must give your name and address.
In any event you will receive a record of interview. You should take this to your lawyer to determine whether Police have complied with their duties, such as cautioning prior to each interview & taking relevant breaks in prolonged interviews.

How do I make a citizen’s arrest?

A citizens arrest can be made by anyone where there is a reasonable belief that a person has broken the law. This must be actual belief, such as seeing someone physically punch another person, rather than suspicion, such as, she may have out something in her bag without paying for it.
A citizen to citizen arrest is effected by physically touching the person in breach of the law (for example, putting a hand on their shoulder) and stating words to the effect of ‘’I am placing you under arrest’’, followed by escorting them to a police officer/station as soon as reasonably possible. This must be exercised with utmost caution as restraining someone to arrest them can be classed as a breach of civil liberty and can be found to be assault.

When stopped by a Police officer on the street what information must I give them?

If you were genuinely doing nothing wrong, and police do not believe you have committed an offence or were about to, you do not have to provide them with any details.
However, if they state you have or were about to break the law, you must provide them with your name and address only.
If you were driving a car or boat and are stopped by the police you must give them your name and address upon request. This also applies where you are on public transport or in a licensed venue (i.e. nightclub or bar).