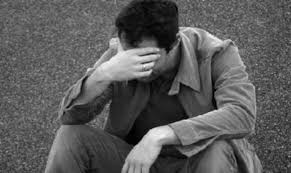 When Lawyers have to pay their client’s Legal Fees

Lawyers are subject to a myriad of rules and regulations in their practise of law.

What some people may not know is that Judges will sometimes order personal costs orders against lawyers because they don’t like their client’s cases, or because the lawyer has done something wrong like not file a document on time.

A recent will challenge case involving a separated de facto couple highlights this issue.
Kane* and Mary* met and fell in love in 2009. It was a whirlwind relationship. They soon became pregnant and had two beautiful twins.

Unfortunately the relationship was a disaster and Mary left Kane to go and live with her parents in 2011. It was an acrimonious breakup and the two parties were initially hostile over money and access rights. One year later Kane got stomach cancer and in early 2013 he passed away.

When Kane died he left a will which left all of his money to the two kids he had with Mary.

The money was to be held in a trust fund until the kids were 25 but the interest on the money and some of the capital could be applied for any necessities.

The fund was to be managed by Kane’s parents since he was no longer with Mary.

Mary did not like this at all. She went to solicitors and told them to sue the estate on behalf of the kids. Mary wanted to be in control of the money and was angry that Kane had done this with his money and put his “monster in law” parents in charge of the twin’s money.

As sometimes happens when young adults separate from their relationships the families become polarised.  Mary worried she would not have money to pay for the kids education. She was also worried that Kane’s parents would spend all the money before the kids turned 25.

Kane’s parents saw things differently. They wanted to manage the trust fund as Kane had wished for in his Will. They also wanted to continue a relationship with their grandchildren and were worried that Mary would not permit this.

When the case came to Court Mary had spent more than $50,000.00 on her lawyers. Kane’s parents had spent a lesser sum. The case was a disaster for Mary. She lost on all her points.

Mary lost very badly and would have to pay Kane’s parents legal costs. But the Judge took it further. Because Mary’s case was so bad, the Judge wanted Mary’s lawyers to pay everyone’s legal fees. He felt that this was right because the lawyers should have told Mary her case was unmeritorious.

This was an expensive day at the office for these lawyers!

Lessons from this Judgement:

*names have been changed