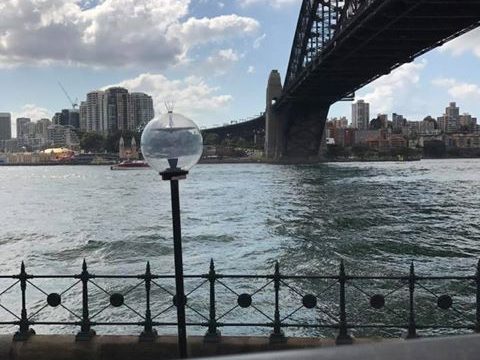 What if my ex-partner takes my child overseas and does not bring them back?

Australia is a nation of migrants, with almost than one third of us born overseas.
We sometimes have clients ask, ‘’What if my ex-partner takes our child overseas and won’t bring them back?”
Recently an Australian Family Law Court has Ordered that a Wife gets to keep an Australian born citizen, a 5 year old girl, in India.
FACTS SUMMARY: In this case, the Wife and Husband were both born in India, however became Australian citizens and were married in Australia.
The marriage was an unhappy one with frequent arguments.
Prior to separation, the parties returned to India for a short period, before then returning to Australia. However, they left their only child of the marriage, then aged 5, in India with the Wife’s parents.
The Wife subsequently applied to the Court for parenting orders regarding the child. The question for the Court in this matter was whether it had jurisdiction to hear and determine parenting orders for the Child?
ARGUMENTS: The Husband submitted that the Court did have jurisdiction to determine parenting matters in respect of the child, as the child is an Australian Citizen, as are the parents, and both parents were present during the hearing as required by section 69E of the Family Law Act 1975 (Cth).
However, the issue here was that the child was not present in Australia for the hearing.
As a result, the Australian Court could not automatically assume jurisdiction over the child under international law, because at the time, she was in a country who is not a signatory to the Hague Convention on child abduction.
Consequently, the Court needed to find that the child ordinarily lives in Australia and will do so in future, and not in India.
OUTCOME: The Court held that there was no evidence to suggest the parties ever intended for the child to return to Australia to live.
Therefore, the child was found to not be ordinarily resident in Australia. This meant that the Court did not have jurisdiction to order the child’s return to Australia, nor the jurisdiction to hear parenting matters relating to the child and determine the Husband’s visitation rights.
It was held the Courts in India must be used to determine parenting matters between the Husband and Wife in this case. This was despite the fact the child was an Australian citizen, and that the Wife initially applied to an Australian Court for orders, to which the Court held was simply a mistake on her behalf.
The significance of this decision is that where children are not present at hearings for parenting orders because they are living overseas, and have no expected return date to Australia, it may be held that our Courts cannot make orders for parenting arrangements.
This can be the case despite the fact that children have spent their entire lives in Australia prior to the hearing.
This case demonstrates that if the child is taken to a country that have not signed the Hague Convention on Child Abduction, the Court will likely rule that they cannot order the child’s return and cannot make any orders regarding parental custody. This applies to countries such as India, Malaysia, Russia, Saudi Arabia and Lebanon and many others which have not signed this international treaty.