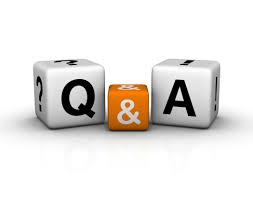 Question 1, what is an Intervention Order “IVO”:

An IVO is a binding court order issued by a Magistrate to safeguard and shelter a ‘protected’ / ‘affected’ person, that is a person who fears for their safety or has experienced ongoing harassment, from another person, the ‘respondent’.

Question  2, is an IVO a criminal offence and does having an IVO made against you mean you have a criminal record?

No, you will not have a criminal record. Despite often involving criminal behaviour to justify the making of an IVO, the Order themselves are actually governed and made in the CIVIL jurisdiction. This means that even though we see Police Officers applying for IVO’s on behalf of affected persons, it is not a criminal matter and if brought against you, it is not a criminal charge or offence.

Question 3, what happens if I breach an IVO?

Even though IVO’s fall under the Civil Jurisdiction, a BREACH of such an Order  is a CRIMINAL OFFENCE and can result in, if found guilty, sanctions of up to 2 years imprisonment, substantial fines or a Community Corrections Order. If found guilty, a person who has breached an Order will also have a criminal record.

Question  4, I heard you can only get an IVO against a Family Member or De Facto partner?

No. You can obtain an IVO against any person who has assaulted, harassment, threatened or stalked you. This also applies to any property damage or interference (such as trespassing). This popular misconception arises from the fact that originally, IVO’s could only be obtained against a spouse. This was then extended to cover de facto partners, family members and eventually any person whosoever.

An intervention order against a family member is made under the Family Violence Protection Act (Vic) 2008.

An intervention order against someone where there is no family or intimate relationship is made under the Personal Safety Intervention Orders Act (Vic) 2010.

Question 5, why can Police apply and obtain an IVO on behalf of my partner who does not even want the Order in place?

Police have the power to apply for an Order on behalf of someone that, in their opinion, needs to be protected. It does not matter that the person does not want the Order made – it is in the Police’s discretion of what they think is needed for the person to maintain their wellbeing and keep them safe. The Police will run the hearing for the IVO and will have to prove in the court that, on the balance of probabilities, the respondent has in the past and will continue to harass, threaten, stalk, trespass or commit violence in the future.

Question 6, my partner who has an IVO against me came to my house and knocked on the door, what do I do? Can I answer because she came to me?

Do not answer the door, or any phone calls or contact from the affected person, even if they approach you. Always comply with the Order, remembering there is likely a distance requirement in the conditions of your Order. Phone police or your lawyer and report the incident immediately. The exception to this is where an Order states there are certain topics you are allowed to discuss with the affected person, such as ‘contact only about children that the parties share’ – you are allowed to discuss this if contact is made, so long as it is strictly about the specific subject matter referred to in the Order.

Question  7, what is an ‘interim intervention order’?

An interim order is made for a set period by a magistrate. This may be a number of months until the Magistrate can hear more evidence on the matter. This acts in the same way that a final IVO normally would, save that it usually lasts a shorter period of time.

A final order is made after the Magistrate has heard all the evidence and they impose an IVO for a set period of time. This may be a number of months, years or in perpetuity (that is, forever). Alternatively, a Magistrate may not grant any IVO as there is not enough evidence to be satisfied violent actions have occurred or will occur again.

Question 8, an interim IVO has been served on me and I have Court next week. What are my options?

Of course, the first thing you should do is contact a lawyer. Kingston Lawyers is very experienced in this area and will be able to assist. Give us a call on 9585 6455 today!

You should always attend court and never ignore a summons, otherwise the hearing will run ex parte, meaning without you being present. Once at Court, your options are threefold: