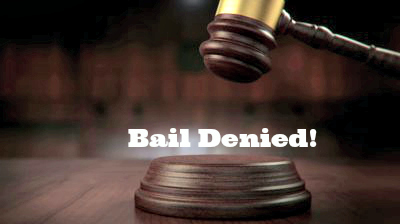 Do we need a change in Victorian Bail Laws?

Currently, if you are arrested and charged you may be held in custody until your hearing. To be released from custody, you must apply for ‘bail’.

What is bail?
Bail is an undertaking or promise to the Court that in exchange for your release from custody (for example, a prison), you will:
o Attend your Court hearing;
o Not commit any further crimes; and
o Follow set conditions, for example:
 Not leave Victoria
 Report to a Police Station daily
 Not interfere with witnesses

Bail may be accompanied by a ‘surety’, which refers to some form of security (i.e. property, money) given by someone close to the accused that will guarantee their presence at Court or lose the security they have put up.

What is the standard for bail in Victoria currently?
To achieve bail in Victoria currently, an accused must prove to the Court beyond reasonable doubt that there is NOT an unacceptable risk that the person charged will not be present for their hearing, commit further offences whilst on bail, endanger the public or obstruct the course of justice (S 4(2)(d) Bail Act 1977). A number of factors can be taken into account when evaluating whether to grant bail such as the nature and seriousness of the offence, the background of the accused and their current home environment, previous bail and previous breaches of bail (s 4(3) Bail Act 1977).

As it stands, bail can be granted by:
– A senior police sergeant (the sergeant of the station where the accused is being held or charged);
– A bail justice (someone who is a specifically trained volunteer in hearing bail applications but is not necessarily a legal professional); or
– A Magistrate

If an accused is denied bail they will be held on remand.

Bail in Operation & Proposed Changes:
From 2011 to 2012 NSW reported 31,002 charges being laid against persons on bail. Further to this, in 2015, 17 year old school girl Masa Vukotic was brutally murdered by an accused on bail.

Premier Daniel Andrews has agreed bail laws need to change following the tragedy of Bourke Street, but what needs to be done? A proposal by Ron Iddles, Police Association Secretary said Victoria needs to scrap the current ‘voluntary bail justice system’ whereby bail justices and police do not determine bail – but instead, an accused faces a Magistrate after hours (being on call), or via a videolink. Alternatively, it is argued police should have the power to detain an accused until they can face the Magistrate.

It is unfortunate, but something needs to change. Whilst it may be a valid point to have extra magistrates available at all hours, or increase police powers of custody, there is an argument the legislation should also change. This argument proposes that the scope to grant bail should be tightened by removal of the word ‘unacceptable risk’ to simply ‘risk’, allowing all risks of accused persons reoffending (even if a .00001 chance) to be remanded.

However, obviously there are down sides to this:
– Our prisons are already at maximum capacities, where are we meant to have our remanded prisoners housed?
– Every person is innocent until proven guilty, isn’t detaining them breaching this presumption and punishing them prematurely?

Carney 2015 ‘ ‘I just had to kill her’: Teen Masa Mukotic begged for her life before depraved attacker brutally stabbed her 49 times because ‘he just wanted to kill rich people’ ‘ Daily Mail Australia, retrieved 3 February, 2017 http://www.dailymail.co.uk/news/article-3358788/I-just-f-ing-kill-Masa-Vukotic-begged-life-depraved-Sean-Price-brutally-stabbed-49-times.html.