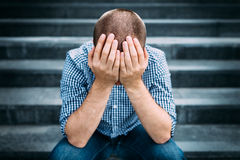 Be careful what you sue for

Here is a bit of advice for our many friends in the REAL ESTATE industry.

A recent sad case highlights how sometimes it is better not to pursue small debts.

We summarise the key facts below.

In 2010 a property developer engaged a firm of estate agents in Melbourne to sell their off the plan new apartments they were building at 350 William Street, Melbourne, Victoria.

The engagement was settled via exchange of an agreement which contained terms for commissions and the general expectations of parties. Pretty standard. The agreement was signed and dated by the senior offices of the two groups.

By 2013 most units had sold and the agents had been paid more than $3 million in commissions.

The parties then came into dispute over the payment of the last $40,000.00 in commissions.

The agents sued for their $40,000.00 commission and the developer counter sued that this commission was not properly payable but moreover because the agreement they both signed in 2010 for property commissions did not comply with the Estate Agents Act 1980 the estate agents now in fact owed them the more than $3,000,000.00 in commissions already paid plus interest and costs. The reason was their agreement was defective and non-compliant.

At Court the developer was successful and an order was made for the agents to pay back the more than $3 million in commissions plus costs and interest.

The agents did not pay and so the developer commenced liquidation proceedings against the estate agents.

An application to stay the execution of the judgment was refused in the Full Court of the Victorian Supreme Court last Wednesday 16 December, 2015.

In the absence of an urgent High Court appeal (based possibly on estoppel principles) this may be the end for the agency.

Make sure your agreements are compliant with the Act.

Never assume that any other type of agreement be it verbal or in writing will suffice if you wish to be paid your commissions.

Be careful with your clients when negotiating your final commissions payable.

Only sue people for commissions as a last resort.

Always contact the REIV to make sure your contracts are up to date.

This advice applies not just to agents but also to builders, lawyers and other regulated professionals